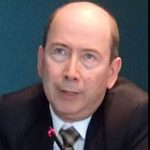 From January 1986 to July 1988, Software Engineer at the Techniques and Technologies Centre of the computer manufacturer BULL, Louveciennes, France

From September 1982 to December 1985, Software Engineer at CAT Group of the Institute of Training and Consulting on IT (IFCI), Grenoble, France

Teaching computer programming in Colombia and France in various institutes and universities.

Participated in several international conferences in the areas of computer engineering, machine translation, terminology, artificial intelligence and information retrieval, among which ASLIB London.

Doctor-engineer in Computer Engineering, Polytechnic National Institute of Grenoble (from November 1979 to May 1982). Subject of the thesis: “Study of Parallelism applied to Computer-Assisted Translation, PALE STAR: a parallel system”.

Diploma of Deepened Studies (D.E.A.) in Computer Science, Scientific and Medical University of Grenoble (from November 1978 to September 1979). Subject of the report: “Denotational Semantics and Implementation of an interpreter for an applicative computer language”.

Engineer in Systems and Computer Science, University of the Andes, Bogota (Colombia), (from January 1972 to January 1977). Subject of the end of studies project: “Implementation of an automatic generator of syntactical analyzers for LR (1) grammars as a tool for compiler construction”.